Studying in Bern necessitated a number of years of German lessons, so I am not totally out of my depth with the language, but far from fluent. Translations are of course easy to come by, but a really useful source is Lois Phillips Lieder line by line. It is with this by my side that I immerse myself into the text of each song, literally line by line. My aim: to get as many layers as possible into the music – changes in tone colour, mutes, and crucially the accent and shape of the text, which when all combined should go some way to maintaining the meaning and feel of the songs. So I start by looking at each syllable of the text and interpreting its musical strength within the phrase, mimicking the inflection and flow of the vocal line.

Here is my currently workflow:

1) Analyse each syllable of the text and interpret its strength. Translate this into articulation markings. For example, ^ = strong consonant, tenuto = weight, > = higher level of weight, line and dot = lift.

2) Mark the melismas as slurs – this is not as straight forward as it sounds, especially with longer words such as ‘aufgestecktes’. Long slurs could easily become void of colour and interest, and quite often (especially in German) contain a strong vocal articulation within the word, necessitating the breaking up of it into shorter slur patterns.

3) Pick out any important words, especially when Schubert has matched a word to the character of the musical phrase, and work out a way to maintain meaning – this could be through specific dynamic changes, use of vibrato etc. 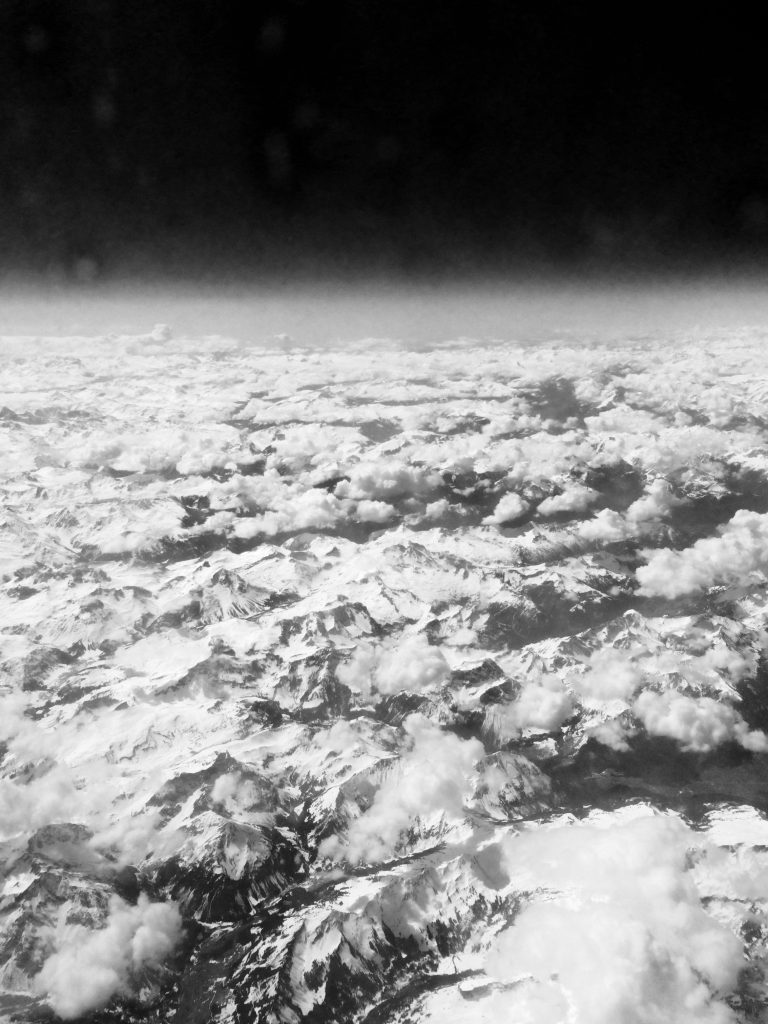 The view out of the plane window (above) on the way to Geneva offered a suitably winter scene while working on the project.

There are plenty of other considerations, but for now this provides a good place to start from. I have found it useful to then listen through the new marked-up score with a recording to ensure that the new phrasing aligns with the shape and contour of the sung text. It will almost certainly need to be altered to fit with the natural legato of the trombone – a natural slur will give more clarity than an along-the-slide slur which will offer a much softer transition between notes and more control to the player. The use of alternate positions will help facilitate this, but it is important to remember that any transposition of the song could effect the phrasing, so I will need to revisit this process many more times.

Taking this approach and working with as many different layers as possible will mean that even the verses of a strophic song will take individual paths and shapes, maintaining interest despite the lack of text.

The opening song Gute Nacht is a good example, because each verse is musically very similar. The different phrasing offered up by the text creates subtle musical differences, but it is also possible to take advantage of the text in a more literal way. In the third verse the phrase ‘Von Einem zu den Andern’ (from one to another) could be reworked between the piano and the trombone. Verse four – an achingly sad verse in the major key, while the wanderer dreams of happiness – could then be muted to align the fragility of the protagonist with the colour of the trombone.

Even with this one song there have been a huge amount of decisions to make, and at this stage I doubt they are the final solution. They will all need revisiting as I get to know the work better, and I am looking forward to seeing how they develop over the next couple of months.

This weeks listening: Fischer-Dieskau and Klaus Billing. One of the greatest lieder singers ever. Awesome.